By Rachal Pinkerton Staff Writer of the Columbia Basin Harold

SOAP LAKE — Last Saturday, Aug. 3, the new arena at Langley Equine Studies outside of Soap Lake was dedicated in memory of a horse who spurred his family on to greatness.

“Back when my children were riding and competing, we had a lot of horses at the time,” said Mary Lou Langley, owner of Langley Equine Studios. “We had this one. My son was riding him. He was an amazing horse. He was having issues. I wanted to make his life more comfortable, to alleviate his pain, to help him perform better.”

The horse was a registered American quarter horse named Colonel. The quest to help him started Langley down a path she never dreamed she would take.

When most people feel like they are in their prime, Langley developed macular degeneration.

One day, Langley was at the horse pens when Colonel whinnied at her. Using the alfalfa field as a boundary for safety, she threw a saddle on him and went for a ride.

“It made me feel normal,” Langley said. “He was a big part of my navigation through my health and vision problems.”

Langley began researching and using equine chiropractic, red light therapy, microcurrent stimulation and other holistic methods to help with Colonel and her other horses’ aliments. During her research, she found equine massage therapy.

“Why is my horse ringing its tail, short striding, have its ears pinned back?” Langley asked herself. “It was a puzzle to solve. I’ve been able to help horses that would have been sold and passed off to the next person because they don’t know what to do with them.”

“During one of my equine massage training labs, I was working with one of these horses,” recalled Langley. “The horses started going pop, pop, pop; releasing the tension in the muscles.”

Because of the techniques Langley learned, she was able to help extend Colonel’s life.

“I took him to WSU,” Langley said. “They said within five years I’d have to put him down. I maintained him for 15 years on the things I did.”

Throughout his life Colonel demonstrated time and time again how unique he was.

“He was a once-in-a-lifetime horse,” said Langley. “This was so good. He could go into performance mode with finesse and beauty. The next day he would barrel race and do pull bending. That is rare. Most people never get a horse like him.”

Langley’s children got the benefit of Colonel’s adaptability.

“Our walls were covered with trophies,” Langley said. “The girls ran for queen. They won because of this horse. I don’t think our family would have had the success that we had if it hadn’t been for him.”

He also inspired Langley to start her own equine massage college. At the time, there was only one in the state.

“The amount of paperwork for me to navigate was so huge,” said Langley. “I was able to get the school registered with Workforce training and the massage board.”

In 2013, Langley offered her first class.

“The first three years of school, the students go to work on the horse,” Langley said. “He was old and crippled. He was very demonstrative in his lead. The students don’t know what they are touching. He helped them learn. Those lucky students got to learn a lot. He was still teaching. As long as he still had breath, he still had something to offer.”

This past year, Langley and her husband undertook the project of building a new arena for the school.

“Last year, we started pulling out pens and fencing,” said Langley. “I thought my husband was going to scratch out a small square. It just got bigger and bigger. It was not what I expected. This horse is buried there. I wanted whatever this was going to be dedicated to this horse. He started it all. He was my inspiration to learn about massage.”

During the dedication, Langley showed a video of pictures from Colonel’s life. Pictures of Colonel ranged from him racing with Langley’s son to him carrying the flag for Langley’s rodeo queen daughters.

“He was in 4H year after year,” Langley commented. “The 4Hers would vote for the most versatile horse in the program. Year and year he won the award. We were very lucky to have a horse of his caliber. He had finesse and class. He was powerful. He did everything and he did it well. ”

Colonel’s last public appearance was one that Langley will always remember. Her daughter was carrying the American flag as Miss Moses Lake Rodeo Queen.

“The first night she was going to ride the old man,” Langley remembered. “He started out on the other side of the fence as a junior 4Her. He finished carrying the American flag for her. He was so smart. He knew when to show off. When he came into the arena, he knew this was his last rodeo. He ran so hard and so fast. When he came to a stop, the audience roared. He was lame the next day and we had to take him home. But he did it up right. He knew. He gave it all that night. That was the end of his career.”

While his public career was over, he continued to serve and inspire his family. Colonel died at the age of 29. In his honor, Langley is offering a scholarship to her equine massage school worth $950. Prospective students are applying from across the country.

“If a horse can inspire them to come, then his legacy lives on the scholarship,” said Langley. “I honor him. That’s why I made the arena in his name.”

The scholarship is available for both Langley’s on-campus and online classes. More information about the classes is available on Langley Equine Studies website and Facebook page.

“There are a lot of people that still remember that horse,” said Langley. “He was a smart, powerful, intelligent old friend. He inspires people to greatness. ”

Originally published on August 6th 2019 by the Columbia Basin Harold 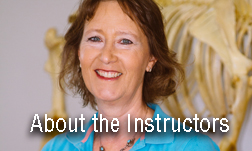 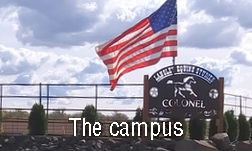 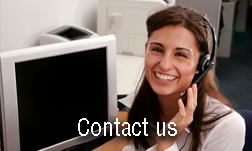 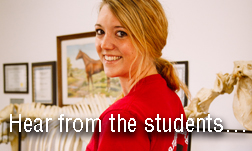